In Season 2 of The West Wing, President Josiah Bartlet (one of my heroes) met a radio talk show host named Jenna Jacobs (a stand in for US talk show host Dr Laura Schlessinger). Inspired by point 9 in this hilarious and extremely well reasoned think piece, I started thinking about how an alternate ending might go…

END_OF_DOCUMENT_TOKEN_TO_BE_REPLACED

If you missed the first half of the list, click here for Episodes 6-10 on our Top Ten West Wing Episodes. But it’s time for the best of the best: the Top Five West Wing episodes ever!

This episode made the list for one reason and one reason only: Big Block of Cheese Day. I love Big Block of Cheese Day, or, as Toby calls it in Season One’s edition, ‘Throw-open-our-office-doors-to-people-who-want-to-discuss-things-that-we-could-care-less-about Day’ (or ‘Total Crackpot Day’, as Josh refers to it). I could easily have chosen ‘The Crackpots and These Women’ (1.5), but Big Block of Cheese Day 2.0 gets my vote, thanks to the Organisation of Cartographers for Social Equality. END_OF_DOCUMENT_TOKEN_TO_BE_REPLACED

Click here to jump straight to Part Two – my Top Five episodes ever! 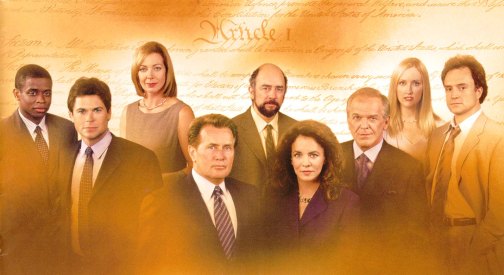 I watched my first episode of The West Wing in 2003. By that time, the show was more than halfway through its run of 155 episodes. I’d heard of the show, and I’d started to realise that it had a fanatical following. As a fan of Aaron Sorkin and with a long-running interest in American politics, The West Wing was already my favourite show in theory before I’d ever seen a single episode in reality. But for some reason, I took a long time to actually get around to tuning in.

Once I finally experienced it for myself, I realised it was more wonderful than I’d ever imagined. Since then, I must have watched the entire series at least half a dozen times. Basically, I’m content to watch Season 7, Episode 22 and go straight back to Season 1, Episode 1 (while my long-suffering wife longs to add some new shows to our DVD rotation). END_OF_DOCUMENT_TOKEN_TO_BE_REPLACED